Good evening Grasshopper Farmers!  The time has come to begin showing off how strong and powerful you have grown to your other Farmers!  In an epic single-elimination bracket event with a 1 of 1 Unique Sword as the grand prize! 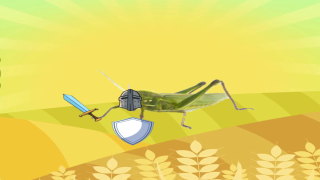 Planned 1st round of our Feats of Strength competition will begin NEXT Monday, Memorial Day, 5/25 at 4pm EST. Each subsequent round will happen 24hrs following. This will be a bracketed competition, where you will be randomly assigned an opponent in a single elimination bracket and a weighted calculation based on your Combat Power will determine the winner!  Winners will move on to the subsequent rounds.

So for the fun stuff - all users with a Combat Power of 25 or greater will be entered! All entered users will receive 1 Special Veteran Hopper, an additional combat hopper after the event is over!  We will be giving out some Hoppers/Swords this next week leading up to the event for Social Media/Twitch/chat engagement (random events/giveaways) 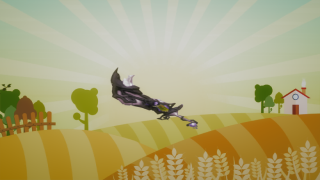 All purchases of combat Hoppers will also mint the user a random selection of our 4 currently released Swords to prepare for the upcoming event (rarer Hoppers have a better chance at rarer swords!)! This will help the small guys gain some combat power, and even the larger players can enjoy stockpiling swords for our upcoming Forging addition where you will be able to swap in unused swords to receive special forging resources. 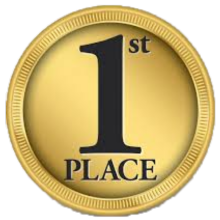 The Winner will receive our new 1 of 1 Sword of the Heavenly Flame! With 2x the power of the Godlike Swords, this beauty will be a great addition for your Warriors (Unique, +1%/+10/level)! The winner will also receive 500 Nugs and 250 ENJ in the bot to upgrade this bad boy!

Setup:
6 hours before the start of the event (10 AM EST), users' Combat Power will be recorded.  All users over 25 Combat Power will be randomly generated into a bracket setup.  At 4pm EST, each bracket will randomly generate a winner based on the formula calculations above.  Users will then have 18 hours to prepare for their next opponent, and 6 hours before the next round, Combat Powers will be locked again.  This will carry on each day until a winner is determined!

Be sure to join the community or fire up the game below to stay up to date and get entered for your chance to win!