Happy Thanksgiving Hoppers!!  Hope everyone is having a happy day with family, wherever you are!

Wanted to share a minor update as well as a couple of development updates that have been happening over the past month since the Halloween event has concluded.

Before I get into all the juicy details, I've added the Beginner Bundle to the Hopper financial menu!  It is listed for 100 ENJ, and will include 25 Green Helpers, 1 Swordsman, Archer, Teacher, and Doctor, 1 Farm, Lumber Mill, Quarry, Nuggy Mine, Kitchen, and Smithy, and 100 Nugs!  This is limited to 1 per account, and should help newer players get a nice boost on Quests, Resources, and Upgrades!  Experienced players can also take advantage of growing their Hopper farm for a bit of a discount!

Now, for the dev updatey stuff -

The majority of my recent time has been spent on reorganizing some of the backend processes to prepare for the imminent GraphQL migration to query my tokens once the Efinity network is ready.  Currently, I've been using a wicked combination of web3, Etherscan, and some very obscure transaction input decoding to decipher incoming deposits, incoming tokens, updating leveled tokens, and checking token balances of each individual user.  This is relatively close to being done, and now that I've finished the GraphQL side of tracking incoming ERC1155 deposits, should take a backseat until we are completely ready to switch to GraphQL calls.  Look forward to this playing a fun role in an upcoming collaboration. 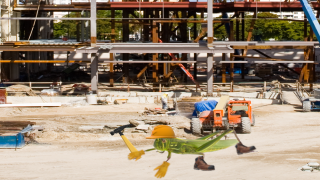 Additionally, we worked up and ran a Breast Cancer fundraising event in the Nom Battle Bot, which ended up with 73 Solence Charity Skins getting claimed!  Big thanks to everyone that participated and helped contribute towards this cause.  Will continue to devote some time to the Nom Battle Bot, with the next future developments being focused on high-level Zones, PFT token integrations, and Gearsets. My attention has also been split a little bit by some recent developer discussions and requests, including an upcoming Referral System and potentially some more Telegram integrated packages for other Enjin developers.  I've also wanted to expand on the Twitter Winner Picker bot to make it more outward facing and allow individuals to setup their own giveaways and find winners.

As you might have seen, Enjin developers have also been granted access to the Enjin Marketplace API, and you might have seen ingame markets pop up in Lost Relics and Forest Knight.  A Telegram setup for this is also on my agenda.  Additionally expect to see an updated bot guide/tutorial once Swarm stuff is finalized.

The main focus of mine will continue to be on GHF, and the Swarm Boss system is very near completion.  I aim to have all systems prepared for testing by the end of this weekend.  After we play with this a little bit, implementation of player owned bosses will commence, followed by World Map features and the Mecha Hopper arena.  I hope to use the Mecha Hopper arena PvP as a smooth transition into some planned RPG based Grasshopper Dungeon active questing, dungeon crawling, and PvP combat.  Additionally, expect more themed Hopper events (holidays, collaborations) and some increased love on some things like resources and special resources, food crafting, etc.

Reach out with any questions! :)