Greetings Hopper Farmers!  There's been a lot of discussion and changes over this past weekend, and I am excited to detail it in this article so everyone is most up to date!! :)

First and foremost, the in-game currency has been swapped out to a stable value pegged to $1.  All current balances were converted to this value, and all future deposits will be converted to the current dollar value based on the token deposited.  With this change, most mechanics available ingame have had their price DECREASED indirectly.  Most mechanics have maintained the same integer amount, but cost less when converted from ENJ value to USD value (ie 2 ENJ -> 2 USD for a building purchase).

Secondly, there has been a minor pivot from the original Jumpnet plans article released previously.  Due to the NFT bridge not coming until Jumpnet 1.2, there won't be a way to mint those assets on Jumpnet until that is live.  Because of that, and because of the HOPS conversion, a new batch of Jumpnet Hoppers have been created and added to the shop at a cheaper rate than the old Hoppers.  The old shop Hoppers have been discontinued, and subsequently buffed to preserve/increase their value to previous collectors!  In addition to this, current GHF Founder Token holders have been captured for some exclusive item airdrops upcoming!  We're currently working on implementing GraphQL/Jumpnet based minting and transaction approvals to be able to get these guys rolling into player wallets.  There's also some minor Enjin Jumpnet minting bugs that are being tested and worked out!

This leads us to the third point - because of the Enjin GraphQL setup, users will need to link their wallet in order to receive mints from the game.  Additionally, wallet linking and requests will probably be the only way to process JENJ deposits automatically into the game.  Expect these features to be implemented over the coming weeks.

However, our first Jumpnet asset is alive and well!  The Lovebird Hopper has been distributed to users, and is usable in-game!  We will work on creating and integrating the other pending item Creations, such as the Lovey Dovey Hopper Bow BP and rewards for the Reddbeard Boss fights!!

Be sure to show the Jumpy Hopper, Brewmaster, Zookeeper, Ninja, Viking, and Lightsaber Hopper some love over in the Recruitment menus!

I've made some massive backend adjustments already to prepare for these incoming changes, and I think we've worked through most of the kinks together yesterday.  But if anything else is off just let me know! 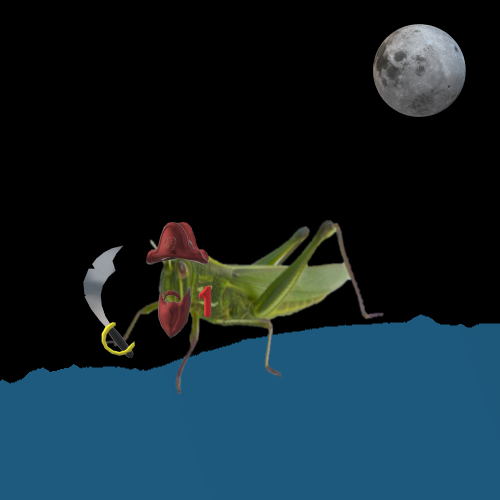 I think that about sums up all the adjustments!  Reach out to me via Twitter or Telegram if there are any questions!!  Expect to see continued progress on new token creations and integrations especially focused on the Mecha Arena and some new special quests for the new Hoppers!