Ahoy Hoppies!  It's about time for some pillage and plunder!

1 week from today, on August 8th, our World Boss system will go live!  The World Bosses are a suite of player owned tokens, that will cycle through a daily schedule of player attacks and give sweet loot to every participant!  Some of that loot includes exclusive Hoppers, new Base Assault outposts, a new Unique Pirate Weapon, a Pirate Mecha Gearset, and more!! 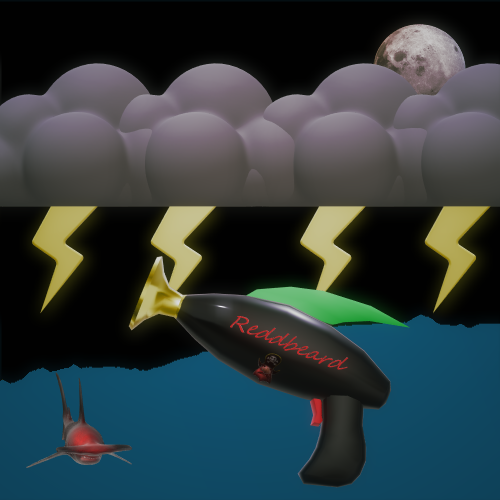 Each boss will require a daily entrance fee, and each participant is guaranteed to receive some Doubloons and at least 1 additional blockchain loot.  Top damagers will have the additional chance to receive lower tier World Bosses on the loot table, as well as have additional rolls for special loot!  So be sure to have those World Boss and Combat Food buffs active!

To kick off the launch of the World Boss ecosystem, we'll be having a week long event filled with extra goodies for being active in Telegram, engaging on Twitter, and making deposits.  An additional event will run based on damage dealt to the bosses over the first month!

Here's all the details!

Over the next week, various Pirate Hoppers, Doubloons, and Boss Tickets (redeemable for free entry) will be awarded in random Telegram events and shenanigans (shoutout oven pics).  These will happen sporadically throughout the week, so be sure to join our Telegram chat and keep your eyes peeled for these giveaways!

Additionally, a giveaway will be ran on the announcement tweet for this event using the Hopper Twitter Giveaway Bot!  Make sure you are following me on Twitter, and that you like/retweet/tag 3 friends on the Twitter post to be entered for an additional giveaway.  1 lucky winner will receive the first exclusive Godlike Pirate Sword Blueprint (notably, this weapon will do more damage to the Bosses and have a chance to Critical Craft!!), and 2 other winners will receive a brand new Redd Treasure Chest & Key!

Until September 1st, all incoming deposits made will reward you with 1 raffle ticket and 1 Doubloon for each 5 HOPS deposited.  At the end of the month, several lucky winners will be selected to win additional Pirate Sword Blueprints, Pirate Hoppers, a Pirate Mecha Set, and some lucky grand prize winners will also receive one of the unclaimed Reddbeard's Stingray!

Doubloons will be used to purchase special Pirate assets in the Doubloons shop, so be sure to start collecting these!

The first month after launch, your damage to each world boss will also be recorded and organized in a top 10 damager list per boss.  Likewise on September 1st, a drawing will be made weighted on the damage of these top 10 users, rewarding a lucky user with a Reddbeard Hammerhead!

Stay active, as social activity benchmarks on Twitter and Medium Claps will increase the rewards received!

Be sure to ask any questions in our Telegram, get your social accounts ready, and be prepared to beat up some Pirates!