Hey Hoppers!  Wanted to drop a short article truly encompassing every aspect of the Pirate Boss ecosystem created, and share some of the ideas we have been brainstorming on interlacing a lot of Hopper gameplay mechanics!  Let's dive right in!

Players were first introduced to the Pirate Ecosystem with the launch of our World Boss feature about 1 month ago!  This is our first player-driven economic staple that features World Boss NFTs owned by the players, getting hosted each day to get attacked by everyone.  Each Boss would have a nominal entry fee, and guarantee a couple pieces of Pirate-themed loot along the way.  The Boss Owner would get to keep 50% of the entry fees paid, and is able to upgrade a Prize Pool to distribute the other % of the entry fees to players attacking the Boss that day. 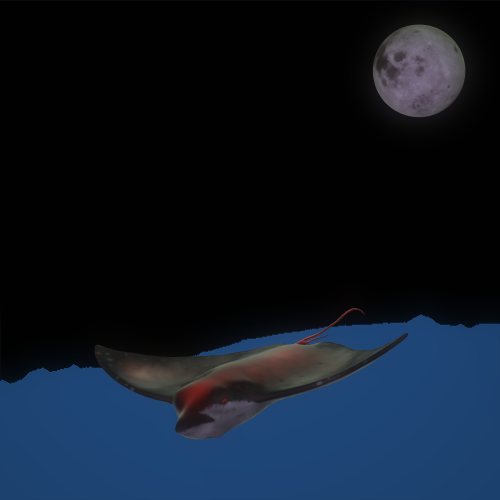 Here's a rundown of some of this loot:

Rare, Epic, Legendary, and Godlike Battle Hoppers - Theses new Pirate themed Hoppers are ready to set sail!  They drop frequently at Boss completion and have a chance to be rewarded on each attack as well.

Doubloons - The native currency of Pirates, use these to purchase items in the Doubloon shop and pick up other special Pirate items!

Reddbeard's Map - A special treasure map, this NFT unlocks 2 special Quests to help collect some of Reddbeard's lost relics...more on this one down below

Pirate Hopper Sword BP (G) - A Godlike Sword BP, this BP introduced the ability to critically craft BP weapons!  As an additive, this weapon deals bonus damage on each attack to Reddbeard or one of his fearsome pets.

Pirate Treasure Chest/Key - Combine these two Pirate assets to unlock the Chest, receiving one of the other exclusive Pirate themed items in this list (Hoppers, Gem, Map, Mecha Set, Godlike Sword BP) and some Doubloons!

Pirate Mecha Set - This 20 supply Mecha NFT gearset will for sure show off your Mecha's great booty!  Each of these 6 items are equippable  to your Mecha and usable in the Mecha Arena.  The Unlimited Supply Pirate Mecha Powder Keg ability is also available here!

Reddbeard's Unique Pirate Pistol - This 1/1 NFT Weapon mirrors only the Hopper Sword of the Heavenly Flame of previous mints!  A truly powerful weapon to add to the arsenal, increasing your Combat Power by a significant amount and doing more damage to the Pirate Bosses as well! 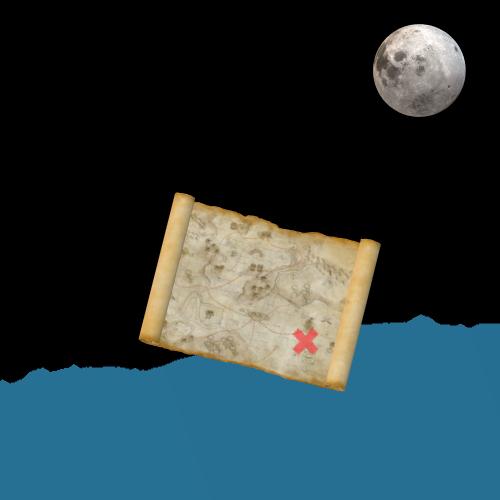 This special token serves a great purpose in Grasshopper Farm.  It unlocks 2 special Quests, 1 Society and 1 Battle.  Searching for Pirate Treasure and Battle at Sea offers a loot pool of 8 new assets, which are instrumental in the Pirate ecosystem.  Users who complete these quests will begin collecting Reddbeard's 4 hidden gems (Ruby, Emerald, Sapphire, Diamond) and 4 ship parts (Mainsails, Cutlasses, Cannonballs, Gunpowder).  The 4 Gems have a chance to drop from the Society Quest, and the 4 Ship Parts are obtained my collecting 25 of each scrap part from the Battle Quest.  Collecting all 8 of these assets will be redeemable for none other than a brand new exclusive Grasshopper Farm Base Assault Outpost.

Similar to Hopooine and its 3 moons, 36 of these assets will exist (1 Unique, best rewards, 10 Exquisite, 2nd best, 25 Godlike, 3rd best).  Each of these Outposts will be placed on the World Map next to your City, and your Hopper Army will be able to adventure to these Outposts for another sweet slice of Pirate loot.  Additionally, any opposing players that journey to your Outpost will grant a portion of their winnings to you, the Outpost owner.  Assets will be distributed linearly based on when you complete and turn in your set.

Our Base Assault system will be ready soon, and will feature Player attacks, Neutral Enemy Camps with special loot, and general resource structures if you're in need of a quick fix!  But be weary, as you don't want to anger any large Swarms with your attacks! 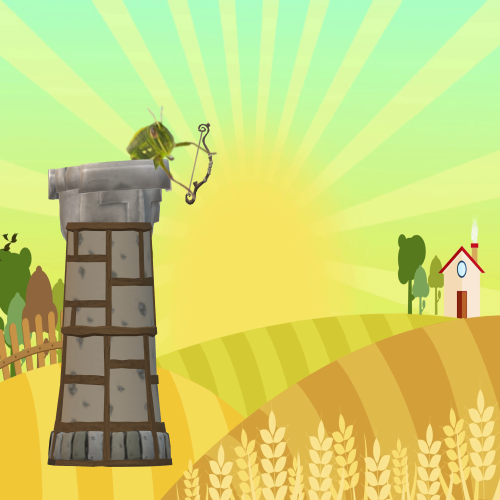 With the Pirate Ecosystem launching forward, we plan on introducing a lot of similar themed player-owned economic pieces into the game.  We already have some Cupid Bosses distributed from a previous event, so look for this and the Hopooine environment to be the next 2 thematic Boss/Outpost/Quest additions.  And of course thematic growth will bring some additional Mecha Gearsets, Abilities into play, and development on this system will continue to include ranked leaderboards and further rewards!